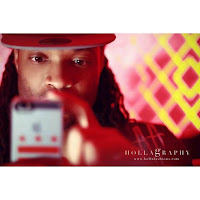 There isn’t a reason not to respect Washington, DC native Southeast Slim (also known as Sace); an extremely versatile emcee and producer who has been perfecting his craft for over a decade. His uncanny work ethic in the beginning stages of his career, which included performing, producing, designing, and promoting everything on his own, has pushed him to incredible lengths. Sace has been steadily gaining interest outside of the DC/Maryland/Virginia (DMV) area with collaborations with Wale, whom he met in college, well known local artists and his own group EMP.
True to his moniker, Southeast Slim, born Marvel Norwood, grew up in the Southeast section of the DC grid. Like many other youths in the early 1990’s, Sace became interested in rapping when Will Smith made his debut as the "Fresh Prince of Bel Air." His first hip-hop venture was a mixtape he made from a Casio MT-540 Tone Bank keyboard, a $20 Radio Shack mic, a Sony boom box, and a couple of XLII-S 90 Maxwell tapes. Although Slim produced a few of the songs on the Casio, he mainly borrowed instrumentals from influential artists like Outkast and Camp Lo.
In 1998, Slim formed The American Empire, a rap group that released one mixtape until deciding hip-hop wasn’t yet a way out. Two years later, he met Calvin Gorham (C) and Alonzo Saunders (Zo), who joined the aforementioned group and helped prompt the name change to The Empire of Money and Power, known now as EMP. Their first project, EMP Mixtape Vol. 1, was released in 2001 on the Slim and C-founded independent label Hitter Quitter Records.
Southeast Slim began his working relationship with Wale in 2002 when the two aspiring artists met at Virginia State University. “Keep It Gangster (featuring C)” boasted a classic DC go-go sample from The Backyard Band (BYB), and was the first serious single put out by Wale and Slim. Their joint effort would prompt Slim to begin his dedicated commitment to producing, and in 2004 he and C created The Hitter Quitter Boyz production team. EMP’s first album was released the same year titled Fame and Fortune, and each year after that the group continued to release mixtapes.

2006 was perhaps Slim’s breakthrough year, as “Dig Dug,” a song he produced for Wale, suddenly became the most requested track from a DC artist. He followed “Dig Dug” with “1 Thing About A Player,” another Wale collaboration that won Battle of the Beats on DC’s WPGC 95.5 for a record-breaking nine days straight. Although Wale has since catapulted onto the national stage, Sace continues to position himself to be the proverbial "next" EMCEE from DC.
Other Southeast Slim and Wale collaborations include:
Flatline - Prod. by SE Slim
Breakdown - Prod. by SE Slim (featured on Madden 09 soundtrack)
The Bomb - Prod by SE Slim
Shake Ya Plaits ft UCB - Prod by SE Slim
Versace Slim Remix - Prod by SE Slim

Sace's solo career is undoubtedly on the rise. He followed his first solo mixtape, The New White, with That Dope (2008), then The Medium (2009), pursued by The One Point Five (2011), succeeded by The Maximum Amount of Foolishness (2012) all to be superseded by FOREVERHITTERQUITTER (2014). All prior mixtapes have received critical acclaim on a number of blog sites and within the hip-hop community and are available for free download at www.southeastcentral.com. Equipped with a Roland XR-7, Midi Keyboard, and of course his signature Versace shades, Sace is a multi-talented force destined for greatness.